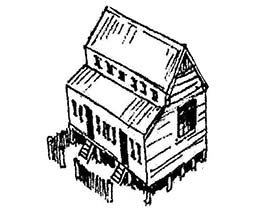 To maintain a sustainable, working Village, in community hands, for the people of the Hawkesbury and the wider community.

Creation of The Australiana Pioneer Village

The land on which The Australiana Pioneer Village is situated was farmland recognised as essential to the survival of colonial New South Wales being one of the earliest grants made in Australia. Located in the District of Mulgrave Place, the third mainland settlement of the colony, the 30 acre grant was registered to William MacKay on 1 May 1797, but by 1809 at least part of it was in the possession of Joshua Rose. John Rose, the final Rose descendant to live on the rich farmland after continuous occupation by the family for over 150 years, died only in 1961. Rose Cottage is the oldest timber dwelling, still on its original site, in Australia being built in 1811.

Dugald Andrew (Bill) McLachlan, an industrial chemist bought the property on his friend’s death. A man who relished challenges, he fashioned a vision: to save part of the Hawkesbury’s historical legacy, and to demonstrate its pioneering accomplishments.

In an era before New South Wales heritage legislation, such an enterprise had to be carried out privately, and resiting endangered buildings was one of few options open. By 1967 McLachlan had begun to plan a ‘Pioneer Village’. Ready response from the owners of many buildings endangered in the district, meant that from the end of 1969 and throughout 1970 he engaged Silvio Biancotti of Kurrajong, to bring by low loader to the ‘Pioneer Village’, twelve of the resited buildings. Brian Bushell, who worked for Bill McLachlan, was part of a team which included many local families who all helped with the removals, which were all undertaken keeping the buildings structurally intact, and with their relocation on their planned sites. Brian Bushell brought the small Bee House shop from McGraths Hill and others transported the Riverstone General Store and Jack Greentree’s garage which became the ‘Bank of Australasia’. On 29 November 1970 The Village was officially declared open by the Hon. Mr Eric Willis, Minister for Education. 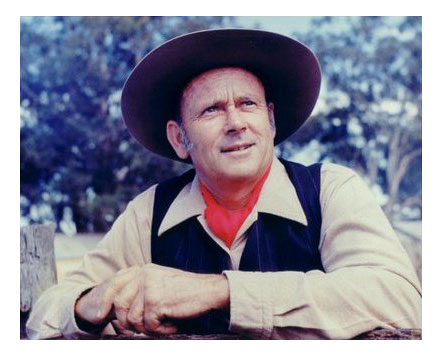 Bill McLachlan’s early death at the age of 54 years in 1971, and the interment of his and his wife Marie ashes near the church on The Village site, rallied continued support.

Prior to Bill McLachlan’s death, Arthur and Jean Mawson purchased The Village, which included “ The Tropicana Hotel ” as it was known then, and together with Bill McLachlan, continued to create The Village. The Riverstone Police station was brought to The Village in 1972.

In 1980 the Mawson’s sold The Village, but unfortunately the new owners failed to succeed, so in December 1984 Hawkesbury City Council bought the Australiana Pioneer Village so The Village and its contents were preserved.

On 30 March 1989 a ‘ Friends ’ Society was formed, the inaugural meeting attracting 24 members, increasing to almost 100 friends and workers by 1991 and over the next 6 years the Hawkesbury City Council considered various ways to sell or lease The Village.

Between 1995 and 2000 several private entities held leases but were unsuccessful in operating and maintaining The Village.

The Hawkesbury City Council agreed at its 11 February 2002 meeting to sell Australiana Pioneer Village. This decision was invalidated because the land on which the Australian Pioneer Village stands is zoned ‘ community ’ and cannot be sold without being reclassified. It was then re-classified to operational land.

In 2002 a community group called The Australiana Pioneer Village Ltd (The Business Group) consisting of Chairman – Sid Kelly, Accountant – Warren Chalker, Secretary – Lesley George, Members – Garry Grant, Jan and John Gollan, Carol Maher and Danielle Wheeler was formed to ensure the Australian Pioneer Village remained a community asset, and that its heritage and environmental integrity was retained. From 2002 The Village was not open to the public and the site was managed by the Business Group and Volunteers. Many hours were spent feeding and caring for livestock, cleaning and maintaining the buildings and mowing and maintaining the extensive grounds. Bob Nagle, Kerry Gannell and Marj Clarke undertook an inventory of the site and some 1,500 artifacts were listed.

After many years of petitioning the Hawkesbury City Council in 2010 The Business Group (The Australiana Pioneer Village Ltd) was granted a Lease for 5 years with an option for 2 more 5 years i.e. 15 years in total. They were given $100,000 to repair all works.

The grand re-opening occurred on Australia Day 26th January 2011 with 4,000 plus visitors through the gates. Many visitors who talk of coming to The Village as children, either with their parents or with their school, are now bringing their children to The Village.

The education program was re-instated and because The Village is a unique example for students of our early pioneering days, every week schools from all over Sydney visit on school excursions.

Since then The Village has continued to operate under the guidance of The Business Group, and the hard work of the Volunteers and Committee.

In 2004 The Village buildings were gazetted for listing on the NSW Heritage register which was granted. The buildings, their contents and the land on which it all sits will forever now be protected. 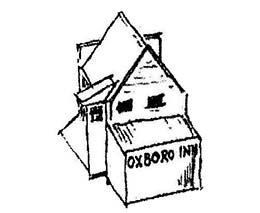 The Village wouldn’t run without the generous help of our volunteers.

We are greatful to those who donate their time to keep The Village running throughout the year. We are always on the lookout for new volunteers and would love to chat to you if you are interested in volunteering some of your time to The Village.

Interested in becoming a volunteer? Simply complete and submit our Volunteer form. 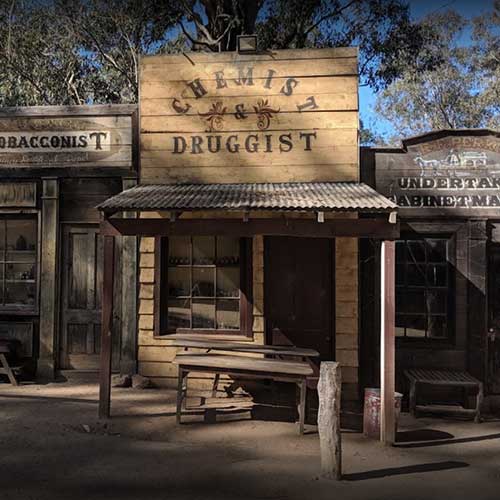 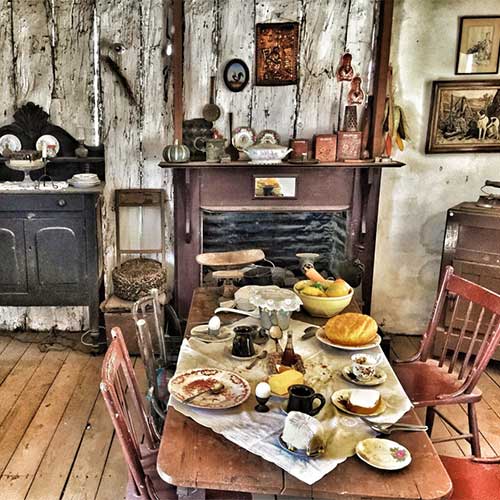 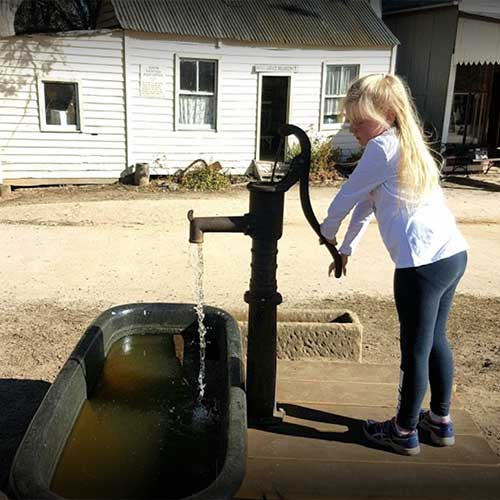 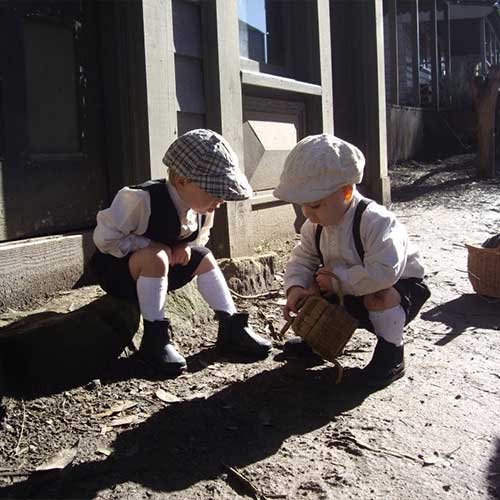